The publishers of Tera Online, Hangame of Korea, has announced that they would recruit 20,000 testers to join the third closed beta test lasting from February 26th to March 7th. The 10-day third closed beta test will reportedly reveal 11 new hunting grounds with location names such as West Lumbering Field, Crazy Mound, Pirate Nest, Moon Lake, etc., as well as 3 mid-level maps like Abandoned Valley. New characters such as the male Castanic and female Human will be made available for players. Along with the debut of new these characters, Tera players could expect various new skills and better optimized game controls. 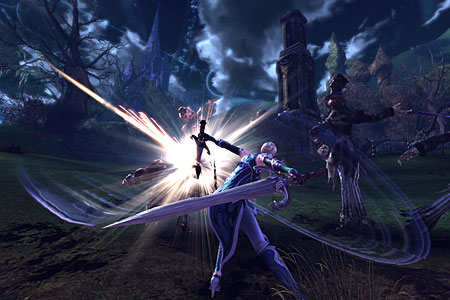