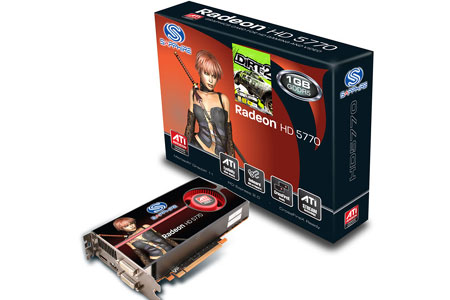 I finally got my hands on the graphic card successor and replacement for my old but awesome HD4850, the Sapphire Radeon HD 5770 1GB DDR5. The 5770 is ATI’s attempt to deliver the high end features of the 5800 series to the mainstream market. The 5770 also boasts DirectX 11 support as well as support for DirectCompute, multi-threading, Hardware Tessellation, new shader 5.0 extensions and much publicized Eyefinity feature which gives the user the ability to connect one to up-to six monitors for one big gaming screen or as 6 individual desktops.

The 5770 promises to be an upgrade over the 4850 with much more power at the resolutions of 1680×1050 and higher in current games.Current Philippine price of the Radeon 5770 is around 8.5-9.5K pesos depending on the variant and the supplier. FYI, this is the same price range which the 4850 occupied a year ago. 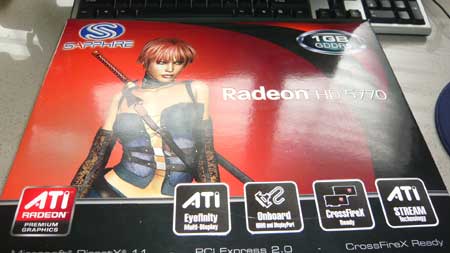 ATI 4850 vs 5770
The 5770 was a bit shorter than the 4850 and was encased in a stylish cooler that unfortunately took up 2 PCIE slots due to it’s thickness. You just need one molex connector and a truerated PSU of around 500w should be enough for this card. Performance-wise, The 5770 did wonders for my framerates over my old 4850. Games such as NBA 2k10, Left 4 Dead 2, Modern Warfare 2 and Dragon Age Origins experienced around 20-30 percent increase in framerate (32bit Windows XP, DirectX 9) making for a much smoother experience.

Final Thoughts
All in all, the 5770 is a great card to buy for those looking to upgrade from the 4850 or lower cards such as the 9600gt or the 9800gt. Just make sure you have a quality PSU to back this card up. For users of the gtx260 and higher cards, you might want to look at the much powerful ATi 5850 instead.

Check out some other reviews for the ATI Radeon HD 5770 that helped me in my decision: