Developed by Russian game developer Astrum Nival at a reported $12 million budget, Allods Online aims to be one of the better playing and better looking MMORPGs on the market. Allods Online is set on the remains of the fantasy planet of Sarnaut, which exploded during its history, the six surviving races are scattered across archipelagos of floating islands known as allods. 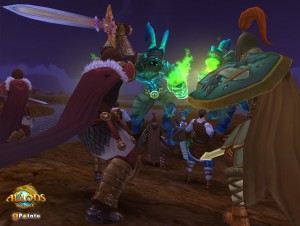 Over 1,500 quests at release unravel the mysteries of the planet’s past and intrigue, covering thousands of years of in-game history. By picking their allegiance from one of the 2 opposing factions, the League and the Empire, players can select from one of the 28 classes. Allods Online alsoi features ship to ship battles via astral battleships which just sounds awesome!