Attention STARGATE Fans! A new series in the franchise called Stargate Universe is set to debut on SyFy (Scifi Channel). Stargate Universe follows the adventures of a present-day, multinational exploration team on board the Ancient spaceship Destiny. Forced to escape certain destruction, the team accidentaly gates to an Ancient starship in a distant corner of the universe. Unable to return to Earth, members of the team are forced to remain on the vessel and fend for themselves. 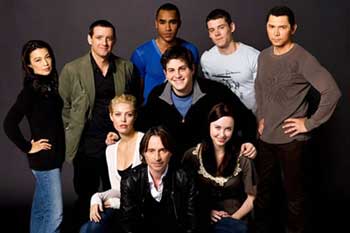 Ugh. Reminds me of the Virtuality pilot. or Star Trek Voyager. Let’s hope it has the charm of the original Stargate series….or the looks of Dr. Samantha Carter.