I finally got my first anime PVC figures and they are from Max Factory’s Figma line. The first unboxing i will do will be the Figma Rin Tousaka from the Fate/Stay Night Night series. Pardon the quality of pics and general PVC n00bness. 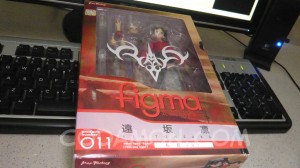 So i have Figma Rin on my keyboard and the first thing i notice is the box is actually quite bigger than i expected. Lighter too. Guess I’ll have to tweak my expectations with regards to PVC figures. Each Figma box is decorated specific to the figures’ series, so in this case it has a red theme to it with a silhouette of a battlefield. 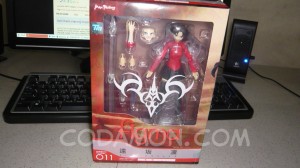 The figure inside is enclosed in a protective plastic shell. Included are the different snap on parts such as alternate hands, face, 2 swords, the Figma Base and the clear plastic tube that acts as the stand. 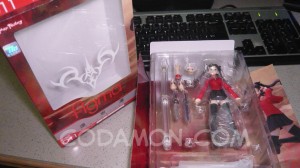 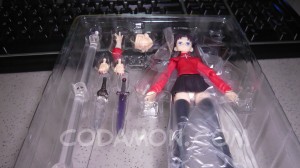 So, after a bit of familiarization of what goes where and which part snaps on which part, i managed to set up Rin on the base. 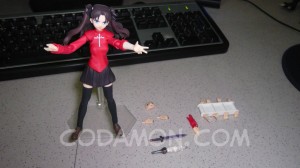 So here are various shots of Rin without her swords: 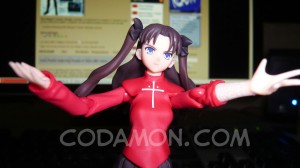 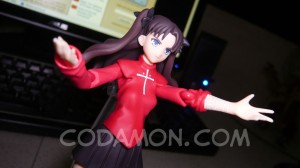 Here’s a studio shot of Figma Rin Tousaka that i been working hard to set up properly: 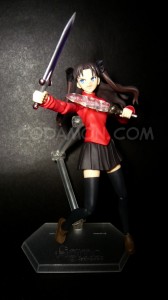 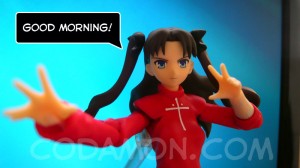 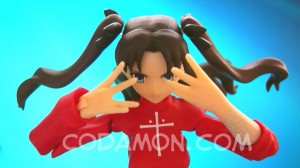 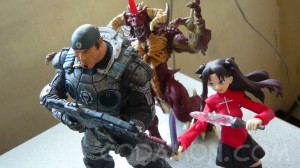 So, there you have it: My first anime PVC figure unboxing. Note that i have been trying hard to make the images look great but armed only with a Lumix FX33,cardboard and plain typewriting paper, there’s only so much a guy can do =)

Next time, I’ll be unboxing Figma Kanu Uncho from the Ikkitousen series. Hopefully, I’ll have a better light source/s by then.