The act of jubilant self-expression through dancing has long been an integral part of World of Warcraft’s social interactions. Now it’s been taken to a whole new level with the new Dance Battle system, coming to the game in an upcoming content patch. Combining elements of Arena competition with the dynamism and creativity of coordinated, player-controlled dance animations, Dance Battles offer a whole new kind of crew-versus-crew challenge. 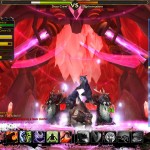 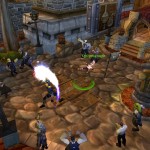