Nippon Ichi, makers of all things Disgaea, recently announced Witch Tale, a new DS title that’s being developed by Dragoneer’s Aria developer Hit Maker. In Witch Tale, Nintendo DS players take control of an apprentice witch named Ridel. A student at a magic school, Ridel is hoping to become the most famous witch in all the world. She ends up heading out on her first adventure when an evil witch is released of her 1000 year old bonds and places a curse upon the world. Sound like Atlus’ My World , My Way? I hope not. 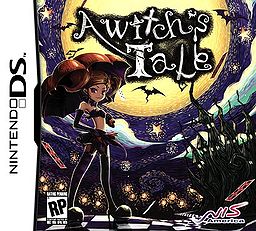 Japan will get Witch Tale DS from Nippon Ichi on May 28, 2009. An international or US english release has yet to be announced.

Witch Tale Video after the jump.

Taking control of Ridel, you’ll end up traveling through seven kingdoms. Gameplay offers a mix of overhead exploration, where you search through dungeons, destroying objects in order to create new paths, and battles. While things are a bit unclear at the moment, the battles make heavy use of the stylus as you directly drag attack icons to your foes.