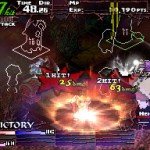 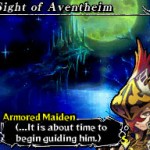 Knights in the Nightmare DS box art after the jump. 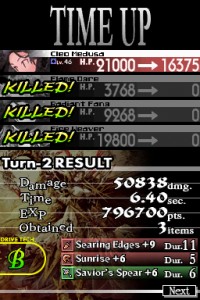 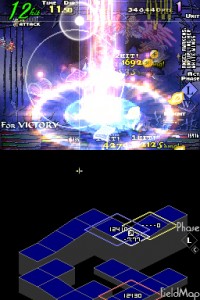 Simply put, Knights in the Nightmare is a gaming experience unlike anything else. And we’re not just saying that. You are a magical wisp with the power to guide spirits of dead knights, helping to free their trapped souls by cleansing a tainted castle. Your movements on the touch screen precisely control the wisp on the top screen, allowing for immediate, accurate gameplay. Special attacks, dodging projectiles, and collecting items couldn’t be any faster or easier. There is a learning curve, a steep one, but the incredibly comprehensive and at times interactive tutorial has you covered. Manage and equip items, level the knights you command, and pay heed to what you’re up against in each battle, as a little forethought can often make all the difference.

Then there are the game’s visual and aural components. This is one of the most stylish, beautifully-conceived games for Nintendo DS. The score matches the game’s themes perfectly; somber at times, intense and charged with energy at others. Knights in the Nightmare also pays close attention to the little things, conveniences intended to make life easier for the gamer. And because finishing the game once unlocks the ability to play through again from a different perspective — through the eyes of the antagonist — you’ll certainly want to play through again.

Knights in the Nightmare is scheduled for release on June 2nd with an MSRP of $34.99. We’ll share much more about this one in the near future… stay tuned!

Knights in the Nightmare DS Box 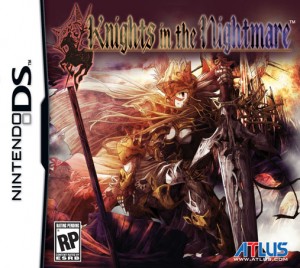