Ever wondered if good old star wars icon Obi Wan Kenobi was lured by the dark side of the force? Now you can take that image further with these leaked images from the rumored Star Wars: Battlefront III from former game developer Free Radical. 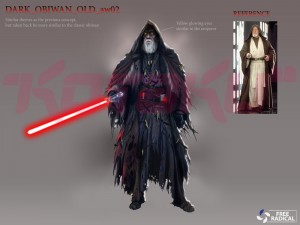 I hope the new developers stay on this directionm, even if the game engine that allows you to fly from ground level to air and thejn into orbit stayed with free radical. watch that awesome video and more image of dark obiwan after the jump. 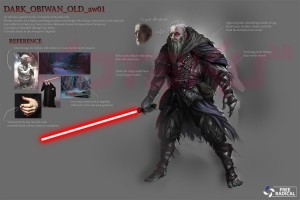 Footage of the original Free Radical Battlefront game: here. Fly from ground to orbit! Kinda like spore but much more star wars-y and authentic =)