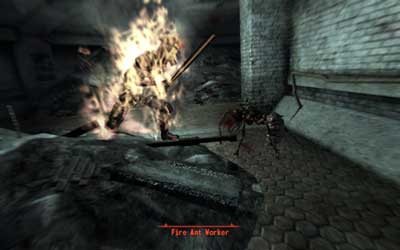 Matt Martin of Gamesindustry.biz writes: “Bethesda’s Fallout 3 has hit the top of the PlayStation 3, Xbox 360 and PC charts in the UK. The game has outsold combined sales in the region of the original Fallout and its sequel, and spin-off titles Fallout Tactics and Fallout: Brotherhood of Steel.

First week sales were also 57 per cent stronger than the first week performance of Bethesda’s The Elder Scrolls IV: Oblivion. According to data from GfK Chart-Track, 55 per cent of all sales were on the Microsoft format, 28 per cent on Sony’s home console and 17 per cent for the PC.

The game knocked last week’s number one Fable II off the top of the All Formats charts, and held off climbers FIFA 09 and Wii Fit, despite the latter enjoying its third biggest sales week since release.

Other new titles in the top forty this week include Activision’s Bond tie-in Quantum of Solace at seven, EA’s Command and Conquer: Red Alert 3 at 15, MySims Kingdom at 25, More Touchmaster at 28 and High School Musical 3: Senior Year at 29.”