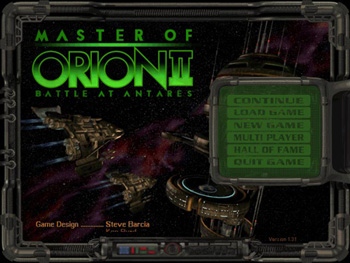 But Master of Magic ain’t the only Atari property Stardock is interested in reviving:

“I actually pitched Atari on a whole idea for a true successor to Star Control,” CEO Brad Wardell tells Gamasutra, noting that the game would follow original series developer Toys for Bob’s Star Control II rather than the Legend Entertainment-developed Star Control 3 (“We just pretend that never happened,” the CEO says of that release).

The exploration-driven space strategy game is said to have influenced Stardock’s Galactic Civilizations series as well as Ironclad Games’ Sins of a Solar Empire, also published by Stardock.

Novato, California-based Toys for Bob has actually floated the idea of making its own Star Control II sequel, with co-creator Paul Reiche III indicating he has tossed potential design ideas around, but with the company now owned by publisher Activision the proposal seems to be stuck in limbo.

Wardell also mentioned Simtex’s Master of Orion as a franchise he would like to see Stardock continue. Like Star Control, its third entry was developed by a different studio — in this case, Quicksilver Software — and was not as well-regarded as the original games.

He took the opportunity to deliver some stern words to those entrusted with a series they did not create: “If you’re making a game that ends with ‘3,’ or Something: The Sequel, it should be similar to the original game,” he claimed.

And Elemental, influenced by Master of Magic but not officially based on it, is not the first time Stardock has developed its own property inspired by a best-case hypothetical scenario.

“I would never have done those Galactic Civilizations games in the first place if someone had made a Civilization-in-space game,” Wardell laughed. “If [Sid Meier’s] Alpha Centauri had been in space [rather than on another] planet, I never would have made it.”

The CEO told Gamasutra that Stardock is building up a second full internal development team, and is tossing around various project ideas. “We’d like to do a roleplaying game too,” he said, pointing to BioWare classics like Baldur’s Gate II and Knights of the Old Republic as examples of the route he would like to take.

It would be “the same style of isometric gameplay — not first person — where I have a party that I’m interacting with,” he explained, even calling out a specific Baldur’s Gate II character.

“Someone’s going to have to do it,” he said, tossing out the idea of Demigod collaborator Gas Powered Games as a theoretical example. “If it’s not another studio, it’s got to be Stardock.”