Atlantica Online developer NDOORS has signed a publishing deal with Taiwan’s leading publisher, Gamania. With its strategic, turn-based gameplay and real-world backdrop, Atlantica has become one of the top MMORPGs in Korea. The title is enjoyed by more than one million gamers there. 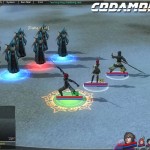 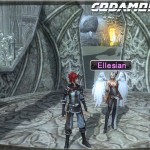 Gamania CEO Albert Ryu is confident that Atlantica will have the same effect on those in Taiwan.

“Gamers will feel a rush of excitement playing Atlantica with its breathtaking turn-based battles,” said Ryu. “There’s something familiar about the action that triggers something in the brain, but also presents strategic battles in a new and fresh way.”

“We are excited to bring Atlantica to Taiwan through Gamania,” said Cho Seong Won, CEO, NDOORS Corp. “With its years of service know-how and experience, and a track record of numerous successes. We look forward to working closely with Gamania to do the same with Atlantica.”

Atlantica is the latest in a line of successful titles from producer Kim Tae Gon. He is responsible for hits like Seven Years War, Merchant Prince and Time N Tales. Atlantica launched last January in Korea, and signed a publishing deal with leading Chinese publisher, The9 in April. That was followed by its July launch in North America through NDOORS Interactive Inc. and in Japan through Nexon Japan. Now with Gamania, Atlantica will be leaving its mark in four of the major gaming markets.