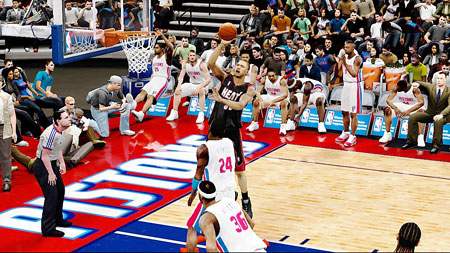 Why all the mystery? Seems the commercial Garnett is shooting is for a secret new mode in NBA 2K9, the same game that also features KG on its cover.

“It’s a reverse fantasy league,” Garnett explains. Seems KG, Derrick Rose, Monta Ellis and a few other NBA stars are going to draft online gamers to see whose team can accumulate the best 2K9 stats and the commercial Garnett is shooting shows some of his real-life best friends from what he calls his Official Block Family begging to be on his squad.

Only thing is, if they are going to air the footage I saw, it’s going to sound like “Beep, beep, beep. No you can’t be on my beeping team you bleepity bleep.”

Let’s just say, Garnett and his friends had a great time filming the ad.