Wondering what the new Transformers sequel’s subtitles mean? Wondering if Megatron will be back? One thing is for sure: Megan Fox is still Hawttt. 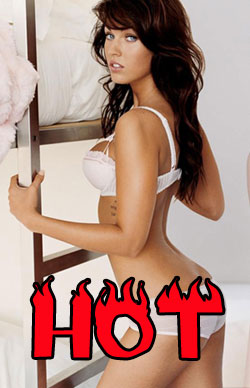 More Transformers 2: Revenge of the Fallen Info after the jump.

It shouldn’t come as a much of surprise to learn that the evil Megatron will return for the Michael Bay-directed sequel Transformers 2: Revenge of the Fallen, but what is interesting is who brings him back, why and what form he will take in the follow-up to the 2007 blockbuster.

As was previously reported, the titular Fallen refers to one of the original 13 Transformers created by Primus. In established Transformers lore, the Fallen betrayed the god-like Primus by allying himself with the planet-devouring Unicron. The Fallen was eventually trapped between dimensions.

According to CHUD, Megatron might be “brought back by the Autobots, who need him to conquer the new menace. But I’ve learned that this time he won’t be that weird alien jet. This time he’s a tank.”