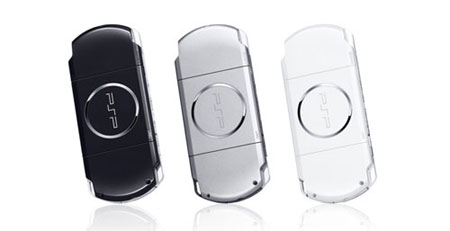 SCEE president David Reeves has announced at Sony’s Games Convention press conference that the new PSP-3000 would being shipping this Fall. The Sony PSP 3000 boasts the following new hardware features over the current PSP Slim: a built-in microphone, a brighter LCD screen and Skype support out of the box. The Sony PSP3000 is expected to ship to Europe in October.

Sorry kiddies, the Sony PSP 3000 is virtually identical to the PSP SLim in terms of physical looks.

It will ship with eight bundles, with pack-ins featuring Harry Potter, Buzz Master Quiz and more. Each bundle will be priced at 199 Euros.