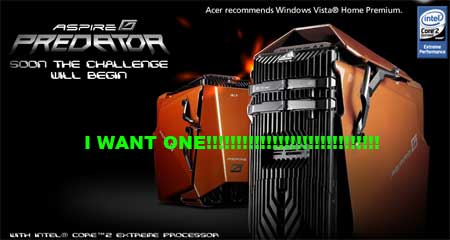 Sure, the specs are OK (Intel Core 2 Extreme, Nvidia nForce 780i SLI, 8GB memory) – Ok there’s awesome! – but what i really want is that #&#%@* case that looks like it is gonna transform in any minute.

It actually does open up according to report but i wouldn’t be surprised to a cannon or two suddenly popping out from underneath that over the top exterior.