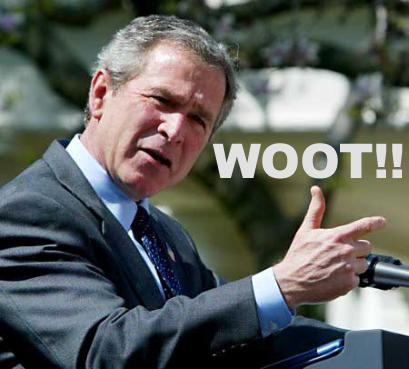 W00t. Ripten.com says: Congratulations World of WarCraft addicts. Give yourselves a pat on the back, Haloâ€™ers. You and all the other gamers and internet fans out there have collectively legitimized 1337 speak.

Massachusetts-based Merriam-Webster Inc. recently announced that their word of the year for 2007 is the internet slang expression of joy or excitement, w00t. On Websterâ€™s website they announced the winner, along with a number of runner-up words.

Merriam Webster defines w00t (yes, spelled with two zeros) as: expressing joy (it could be after a triumph, or for no reason at all); similar in use to the word â€œyayâ€

W00t beat out 2nd place term and internet phenomenon â€œfacebookâ€ to take top honors, and joins Stephen Colbertâ€™s word of last year â€“ truthiness â€“ among the great words of our generation. So stand tall, my fellows. We have reached the pinnacle of wordiness.