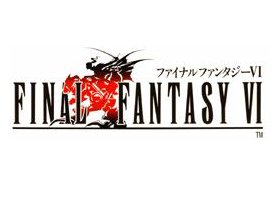 The Final Fantasy video game franchise is one of the most enduring, popular, and influential forces in the industry. But attempts to channel that success into a popular film or television series had failed until the release of Advent Children. What’s left for the creators of the world’s most popular RPG series to explore in anime?

Our feature explores the history of the franchise in animation and then moves into what we’d like to see from a Final Fantasy anime. Will we ever see something that is universally loved by fans? Should an original property or existing one be used? If one that exists, what is used and what is tossed out? Read on to see IGN’s approach!

The History of Final Fantasy Animation
There have already been some attempts at bringing some of the magic from the Final Fantasy games to the animated medium.

In 1994 an anime OVA called Final Fantasy: Legend of the Crystals was released. This short and fairly unknown anime spanned four 30 minute episodes. What’s most notable about this anime was that it was a direct sequel to Final Fantasy V, taking place in the same world but two hundred years later. This is remarkable since most entries into the Final Fantasy franchise introduce completely new settings that don’t directly refer to previous Final Fantasy titles.