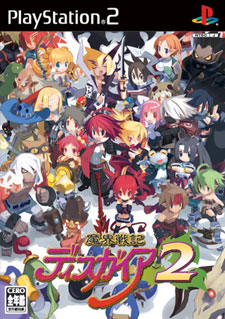 This is definitely my most anticipated title this year on ANY platform. Strategy RPG gaming goodness for this Pinoy gamer.
via Joystiq:

Speaking to RPGLand, Disgaea 2 producer Souhei Niikawa confirmed that he intends on making a third game, regardless of how well the second game sells. “Well sales number always helps for sequels,” he says, “but we have no intent on ending this series just yet, so you can count on part 3.”

Niikawa also discusses total gameplay time (up to 200 hours) and possible reaction to the two main characters of the first Disgaea, Laharl and Etna, having smaller roles. Disgaea was a hilarious strategy game in the vein of Tactics Ogre that has you play as demon prince Laharl as he tries to gain control of the underworld.