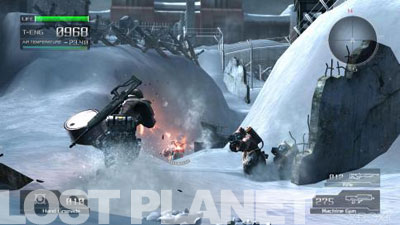 After downloading the relatively small Lost Planet Demo on the XBL marketplace, i booted up Capcom’s exclusive for the 360 to surprising results. First, there are two gameplay options available, one is an assault type of encounter while another is an infiltration type. You will definitely notice how good the game looks even at this stage in development, nicely textured models, weather effects and nice shadowing makes Lost Planet one of the best looking 360 titles. 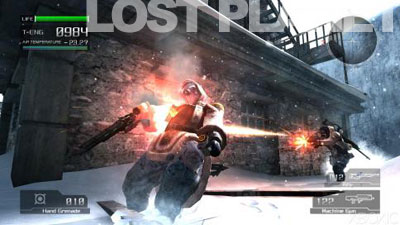 The Assault mode reminds me of Half Life 2 in where you need to exterminate a number of alien creatures, some of them move in packs and some BIG ones come from underground. The Infiltration part reminds me of Splinter Cell, except in winter, in this mode you need to penetrate an enemy stronghold and takeout the leader’s Mech.

Anybody who can download from XBl should give this demo a try, you wont regret it. 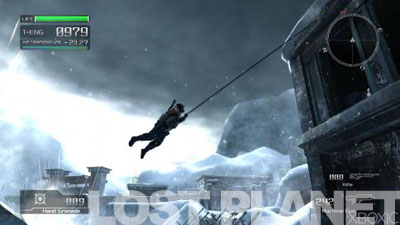