The Nintendo DSi will be released in the U.S. on April 5 and priced at US$169.99. The new Nintendo DS will be available at launch with 2 colors : black and the new color blue. 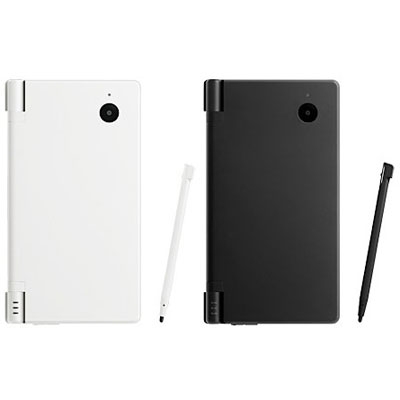 The DSi, which has been on sale in Japan since November 2008, has only been available in black and white. The DSi features two 0.3 megapixel cameras, larger screens, a new SD card slot and better speakers. It does not have a Game Boy Advance cartridge slot like the DS or DS Lite so kiss that gaming library goodbye, until Nintendo allows online content such as remakes to be downloaded to the SD card slot.

“Ever since the arrival of the first Game Boy, consumers worldwide have turned to Nintendo for their portable gaming,” said Cammie Dunaway, Nintendo of America’s executive vice president of Sales & Marketing. “Nintendo DSi builds on Nintendo’s commitment to bringing fun and creative entertainment to everyone, and will allow consumers to personalize and share their very own experiences.”

The Nintendo DSiWare application will able be available in the U.S. and offers software that can be downloaded using Nintendo DSi Points directly to the portable system much like the Nintendo Wii’s WiiWare. DSiWare software starts at 200 points.

Along with the DSi, Nintendo is also releasing popular DS rhythm game Rhythm Heaven on April 5. The game has sold over 1.6 million copies since going on sale in Japan last July.