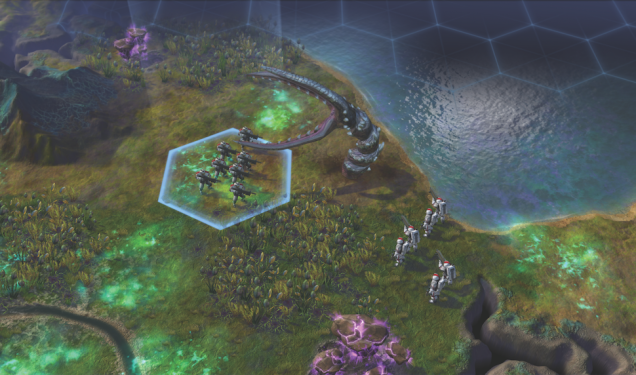 The Space 4X (eXplore, eXpand, eXploit, and eXterminate) turn based strategy genre is about to get a kick in its pants with the apparent successor to Alpha Centauri, Civilization: Beyond Earth, just being announced by Firaxis, Developers of all things Civilization and X-Com: Enemy Unknown. I remember battling Zakharov and Santiago, two of Alpha Centauri’s faction leaders, for god knows how many hours (we don’t track our sleepless nights then) through scientific and military means more than a decade ago and I am really excited about this news.

“This is going our own direction,” Beyond Earth designer Anton Strenger said in a phone interview earlier this week. “But that’s not to say that we have not, you know, drawn some inspiration from Alpha Centauri. When I was in sixth grade I played Alpha Centauri. That was my first 4X game, and I remember learning it over my friend’s shoulder and not knowing exactly what was going on but loving every minute of it.”

In Civilization: Beyond Earth, you will be able to:

Civilization: Beyond Earth is expected to be released in Fall 2014, which is around 6 months or so. Awesome.