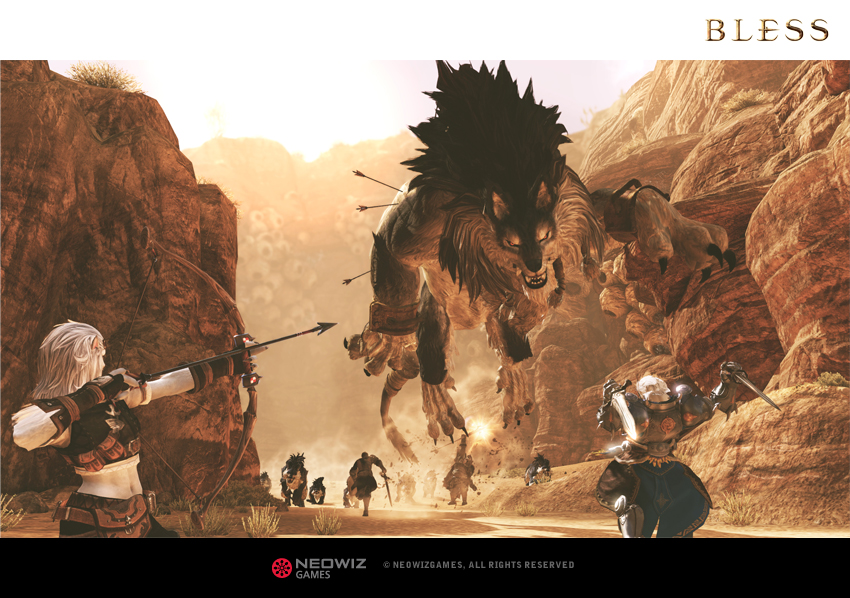 Korean game developer Neowiz has signed up Epic’s Unreal Engine for use in its graphics powerhouse MMORPG Bless. Neowiz is more known for its Massively Multiplayer First Person Shooter Games and Sports games than MMO but oit’s nice to see them branching out in another direction.

NEOWIZ GAMES, the game company that has brought to market a range of record-breaking blockbuster online games, including “FIFA Online 2,” “Special Force,” “Slugger,” “CrossFire” and “A.V.A.,” has built a strong reputation in Korea as a pioneer in the first-person shooter (FPS) and sports genres. NEOWIZ GAMES is now building on its leadership position by developing new games using Unreal Engine 3.

“BLESS,” which entered development in 2009, is a massively-multiplayer online role-playing game (MMORPG) being created by more than 150 developers with extensive experience in producing top-class games in the genre. Influenced by medieval fantasy themes, the vast universe of “BLESS” houses 10 different races, each with its own extensive history and territory. These races are divided into two opposing realms – Hierapolis and Cosmopolis – that enter into a fierce war in the name of religion and philosophy.

Utilizing game mechanisms that appeal to diverse play styles, lifelike majestic environments, detailed animations that capture each facial expression and even the miniscule movement of a finger, along with a tremendous amount of player freedom, “BLESS” aims to surpass not just the limits of current MMORPGs, but games as a whole.

“When creating a large-scale MMORPG, the most important foundation is having an expandable and robust game engine as the production tool,” said Jacob Han, chief producer of “BLESS.” “I believe Unreal Engine 3’s spectacular graphics rendering capabilities, among many other elements, make it the best option. And, with the Unreal Landscape tool developed by Epic Games Korea, it allows us to create extremely detailed yet full-scale worlds while utilizing less system memory than ever before.”

“It is great to announce one of our most important licensing deals in Korea, and we’re excited to see NEOWIZ GAMES’ first MMORPG using Unreal Engine 3,” said Ray Park, territory manager of Epic Games Korea. “NEOWIZ GAMES’ extensive knowledge of online games and the technological competitiveness of Unreal Engine 3 should prove a winning combination for Korean gamers.”