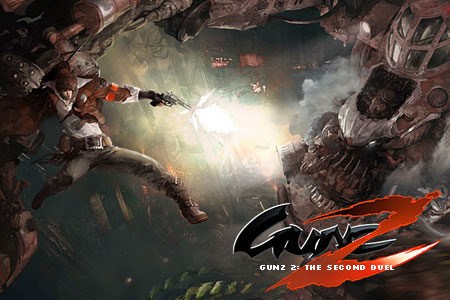 The Sequel to the MMO Gunz, called GunZ: The Second Duel, is set for a Korean release window of Winter 2011. Maiet Entertainment, the developer of Gunz, is reportedly tweaking the game controls in order for the game to be enjoyed of anyone, regardless of skill level. The story of GunZ 2 revolves around a mineral called ‘Optimite’ which has been the cause of the Industrial Cataclysm in the original GunZ and there are forces who are trying to monopolize that mineral and others who try to protect the empire and the republic from those forces. Not entirely original, i must say.

Other features of Gunz: The Second Duel are new characters, huge raid bosses that have multiple phases, new skills such as wall running and a new physics engine.