Valve’s Gabe Newell is one of those few people in gaming who you need to listen to when he speaks. Newell’s company has churned out blockbuster games such as Half Life to Left 4 Dead and whose Steam platform is fast becoming the standard in digital distribution of games. 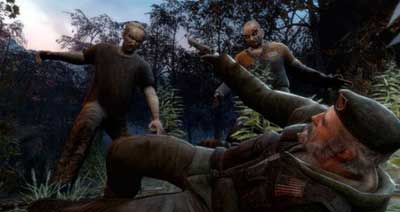 Speaking to MTV’s Multiplayer blog, Gabe Newell shares his vision on how the gaming world should work:

-Pricing that’s always in flux: Are you ready for the price of a game to go up and down regularly? “One of the things that annoys me is the inefficiency in pricing we have in our industry,” Newell said. He doesn’t like how rigidly prices are set in stores and how slowly those prices are changed. To promote his vision of price flexibility, he presented slides that showed that Valve hadn’t scared customers away — as he worried they might — by recently and repeatedly moving the price up and down for games. He said that a recent promotion for “Left 4 Dead,” for example, enabled Valve to make more revenue selling that game last weekend than the company did when the game launched last fall. Added quirky fact: Valve has hired an experimental psychologist to concoct new sales promotions, one possible idea being to reward every 25th purchaser of “Left 4 Dead” with a free game on Steam. Newell joked that this person is “turning us to the dark side of B.F. Skinner.”

-Frequent content updates: Newell said “Team Fortress 2? has received 63 updates from Valve in the last 14 months. That is the future, he told the developers in the audience: “You’re going to be touching [your customers] not every three years but every three weeks — and hopefully even more often than that.

-Video game companies acting as “entertainment companies”: Newell said he is “obsessing” over gamers’ expectations for “what kind of entertainment company they want us to be.” They are fans of properties, not forms of entertainment, fans, to use his example, of Harry Potter, as opposed to just Potter books or just Potter movies. As a result, he said he is moving away from thinking of Valve as a video game company. One example is the introduction of “Team Fortress 2? video shorts made by Valve. The next will be that same team’s “TF2? comics.

-No DRM should be offered that can be thought of as DRM: Newell believes that digital rights management software that is presented as copy-protection gives a game a stink. It leaves customers unsure about how flexibly they can access their games. So they turn to pirates who offer games with fewer strings, he suggested. “There is evidence anecdotally that DRM is increasing piracy rather than decreasing piracy.” Valve’s solution: battle the pirates by providing better services than the pirates do. The effectiveness of pirates, he said, is to get content to people who want it more swiftly and easily than the companies who make the content do. An outfit like Valve, however, can get provide even better service, even by doing something as intrusive as data-mining their customers’ computers — as long as they are transparent about it and can prove to the customer that taking such measures will make the customers’ games better.

-Concept art for everyone: Newell wants creators and customers to be in more direct communication with each other before and after the release of a game. One such method is to show concept art early, which builds buzz. The concept art, Newell said, “is a more effective tool [for building buzz] than most of the advertising around your product.”

-Gaming consoles that connect gamers to game studios: Given that most of Newell’s ideas are more easily executed on PCs, Newell wound up fielding a question from New York Times reporter Seth Schiesel about how any of this can work for creators and consumers of console games. After all, Microsoft, Nintendo and Sony exert control over game makers that doesn’t exist on the PC where Valve reaches consumers through Steam. (You can’t picture Microsoft allowing Xbox Live Arcade developers to repeatedly change the price of their released games, can you?). Newell thinks that consoles makers who don’t allow the kinds of things he described throughout his talk would be making a decision akin to, a decade ago ignoring 3D graphics and sticking just with 2D. It won’t be better graphics that determines a winner in the next console generation (which, of course, it never has been: see the N64, Xbox and PS3). It’ll be the extent to which a console allows game creators “to have this relationship with your customers.” The “this” is everything bullet-pointed above. Maybe Bungie is closest to achieving this.