The intarnetz have been ablaze with rumors that Blizzard will finally unveil the much awaited, much rumored and much fussed about Diablo 3. Where did the rumor start? Blizzard launched a teaser image on their main website that shows an icy blue tinged crevass/tomb/fissure of sorts with some runes engraved on both sides.

Here is the image: 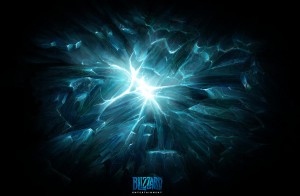 Some have reported that the runes look like the Shael and the Hel runes from Diablo 2. So, Is Diablo 3 really here? Guess we’ll have to wait and see until the Blizzard Paris Invitationals.