Finally, Diablo 3 has been announced by Blizzard at it’s Paris Invitationals!!!! Watch out PC mice, your single greatest gaming threat has come back! Bring oon the Diablo fonts and let the clickfest begin! 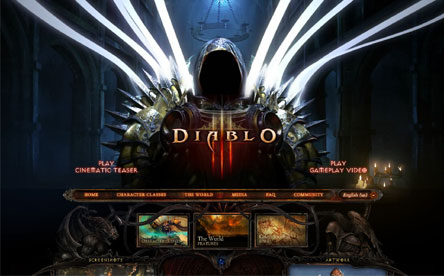 I’m even thinking of coming out with an exclusive Diablo3 WordPress Theme to celebrate this event! 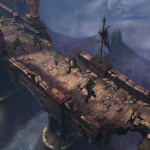 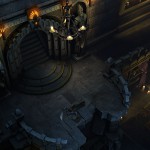 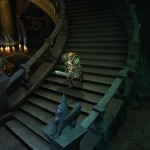 For those who want to know more about Diablo 3, Here’s a quick Diablo 3 FAQ as provided by Blizzard:

What is Diablo III?
We’re developing Diablo III to be the definitive action role-playing game, and a true continuation of the Diablo series. Players will create a hero from one of five distinct classes, such as barbarian or witch doctor, each equipped with an array of spells and abilities. As these heroes adventure through rich and varied settings, unraveling an epic storyline and engaging in combat with hordes of monsters and challenging bosses, they’ll grow in experience and ability and acquire items of incredible power.

The game takes place on Sanctuary, a world of dark fantasy. Unbeknownst to most of its inhabitants, Sanctuary was saved some twenty years ago from the demonic forces of the underworld by a few brave and powerful heroes. Most of those warriors who directly faced Hell’s armies — and were fortunate enough to survive — went mad from their experiences. And most of the others have buried their haunted memories and pushed the horrors from their thoughts. In Diablo III, players will return to Sanctuary to confront evil in its many forms once again.

Diablo III will be a fitting sequel to Diablo II, with the easy interface, fast-paced action, and visceral gameplay that Diablo players have come to expect and enjoy. It will also include many new features that will take the Diablo action-RPG experience to the next level. We look forward to going into much more detail on our plans for Diablo III as development on the game progresses.

What’s new about Diablo III compared to the previous Diablo games?
Exciting new classes like the witch doctor bring new gameplay options to the table. Returning classes, like the barbarian, have been completely redone with new skills to give them a feel unique to Diablo III. New customization options will provide for an even greater level of character specialization than the previous Diablo games, allowing the player to create unique characters brimming with power.

Diablo III is powered by a new graphics engine that can display characters and hordes of monsters in lush, fully 3D environments. Powerful special-effects systems and Havok-powered physics allow the player to lay waste to Hell’s minions in spectacular ways.

Also, Diablo III builds on the random environments of the previous Diablo games by introducing a host of new ways to create random scripted events throughout the game. This creates a dense and exciting world alive with quests, NPCs, dynamic encounters, and viciously challenging new monsters and bosses. Diablo III’s environments add a great deal of interactivity to the game, including destructible elements and environmental obstacles that can be turned against your enemies.

In addition, Diablo III will benefit from Battle.net upgrades that will provide some exciting new features for players. Cooperative online play remains a primary focus, with multiple enhancements being planned to make connecting with your friends easier and cooperative gameplay even more fun. We’ll have more details on all these aspects as well as other exciting new features at a later date.

Can you give an overview of Diablo III’s storyline?
It has been twenty years since the events of Diablo II. Of those who faced the Lords of Hatred, Terror, and Destruction in the battle over the fate of Sanctuary, there are few still living who can bear to remember the horrors that the Prime Evils wrought upon the world. And of those who did not witness the terrible events firsthand, most believe the stories to be little more than myth. But something evil is stirring once again in Tristram, and it may already have claimed its first victim: Deckard Cain.

Will there be any other familiar faces in Diablo III (other than Deckard Cain)?
Yes. Players will encounter several new characters as well as a number of characters from the previous games.

Will players be visiting any familiar locations in Diablo III, such as Tristram?
Yes, definitely. Players will return to Tristram and certain other locations from the previous games, and they’ll be exploring new areas of Sanctuary as well.

Will players be able to choose the gender of their character, regardless of class?
Yes. Players will be able to create male and female characters for all five classes.

Will there be a single-player component in addition to multiplayer?
Yes. In addition to battling the hordes of Hell cooperatively with friends over Battle.net, players will be able to adventure through the world of Diablo III solo. More details on both the single-player and multiplayer experience will be revealed at a later date.

What will questing be like in Diablo III? Will it be similar to Diablo II?
Our plans for the story and quest mechanics are still under wraps. We’ll go into detail on those elements of the game at a later date. We can say, however, that we expect to have class-based quests in addition to the main story-line quests.

What engine is Diablo III running on? What graphical enhancements are included?

What are the system requirements for Diablo III?

When will Diablo III be released?

It’s too early to estimate Diablo III’s release date. As with all Blizzard Entertainment games, our goal is to create a game that is as fun, balanced, and polished as possible. We intend to take as much time developing Diablo III as is necessary to ensure the game meets our own high expectations and those of our players.

Will the game be released in multiple countries? Will the release be simultaneous? Which countries and what languages will Diablo III be localized in?

As with all of our games, our goal with Diablo III is to release the game simultaneously in as many regions as possible, and to localize the game in several languages. We’ll have more details to share about countries, languages, and specific dates as we get closer to release.

Will Diablo III be available on Windows and Mac simultaneously?

Yes. As with all of Blizzard Entertainment’s recent releases, Diablo III will ship for both Windows and Mac simultaneously.

How much will Diablo III cost? Where can I buy this game?

Pricing and availability for Diablo III will be determined and announced closer to the release of the game.