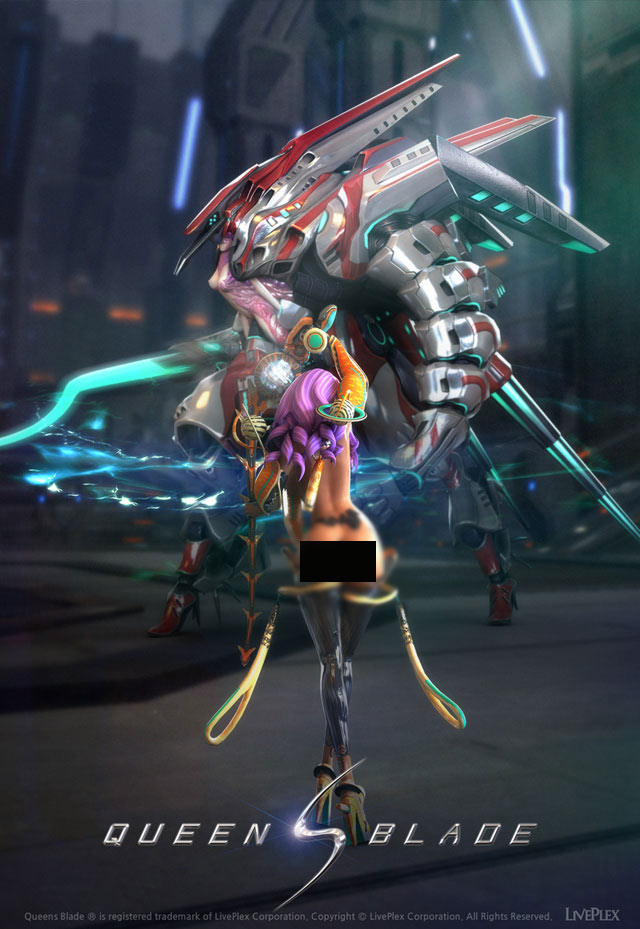 Queen’s Blade is a new MMORPG from the developers of Dragona Online, Korea based Liveplex. The weird (Awesome) thing about Queen’s blade is that it only has female characters in it. Queens Blade is going to kick off its first CBT in South Korea on Feb. 2. It is reported that Liveplex is going to recruit 10,000 testers for this upcoming Queen’s Blade CBT.

According to MMOSite: “Queen’s Blade features 6 adorable classes, including Shadow Being, Punisher, Surgeon, Sentry, Protector and Weeper. The Protector has a strong body and fatal attack abilities, and resorts to a long sword; the Shadow Being is comparatively agile and takes advantage of a spraying weapon; the Weeper fights mainly by use of an enhanced sword; the Punisher and Sentry are good at ranged attacks, and are capable of dealing sever damage (the Sentry uses double guns to wipe out foes efficiently).”