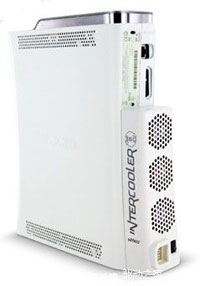 Fedex/Air21 has just delivered a Nyko Intercooler for my Xbox 360 along with a pair of Xbox Live Marketplace point cards. I was pleasantly surprised at how light the intercooler is and how easy it was to get it attached to my 360.With the intercooler attached, my 360 is noticable cooler when playing for long stretches. Hopefully it will counter the heatwave that plagues our filipino summers and extend the life of my 360.

2 thoughts on “Nyko Intercooler for Xbox 360”