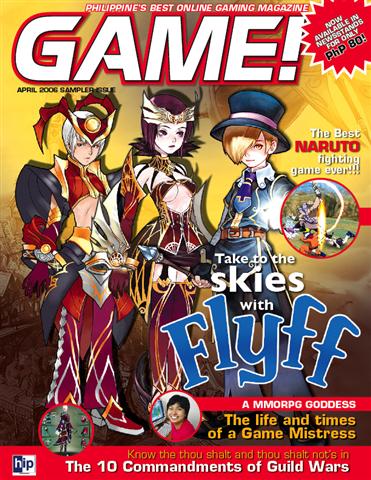 Be sure to check out the May-Jun issue for reviews on TES4: Oblivion, College Hoops Basketball 2k6, Fight Night Round 3 and a special interview with Stardock’s Brad Wardell, Lead Designer of the Galactic Civilizations series.

You will be interested to know that we got the scoop on the Pinoy who created GC 2’s 3D engine and addicting ship builder component, Mr. Joe Engalan. Hackenslash.net will also be having its own features in the mag such as: Pacquiao vs Morales 3 and a feature on the Pinoy Xbox Community.

Its sure to be a rockin’ magazine so keep your eyes peeled on your local magazine stands as early as next week. Oh and BTW, The Babel Machine has a hackenslash music video related to the upcoming May-Jun issue so you might want to chekc that out too.

1 thought on “Game! Magazine Sampler with the Inquirer”