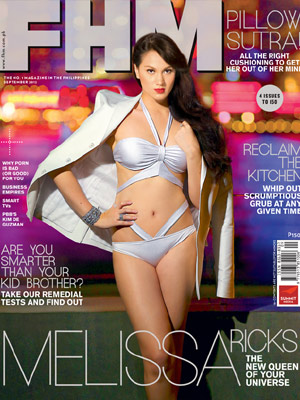 “With her cover shoot set in Hong Kong, the original plan was for Melissa to walk the heavily pedestrian-ed Tsim Sha Tsui district with just a skirt and a bra on, except we didn’t have the necessary permits for that particular kind of deed. “If you made me do that in the street, I probably would do it,” reveals Melissa. “Pero sobrang bilis! Kasi there’s so many people passing, and we’re in a different country.” We’ll tell you all about the shoot in our behind the scenes story next week!”