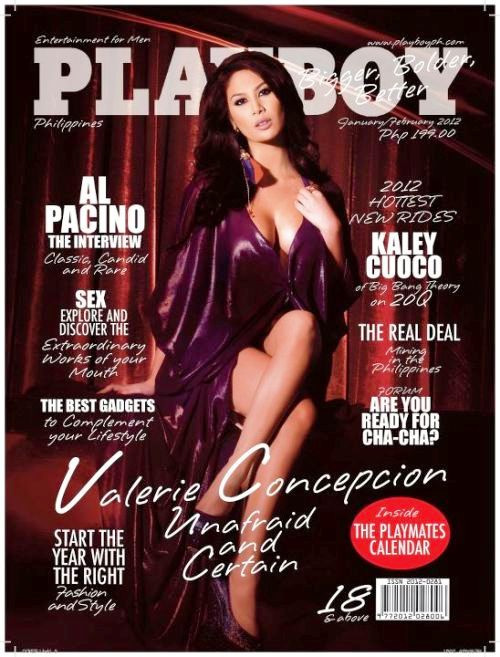 Filipina actress and television host Valerie Concepcion is the cover girl of the January-February 2012 issue of Playboy Philippines. Valerie has also appeared on the covers of FHM Philippines and Maxim Philippines