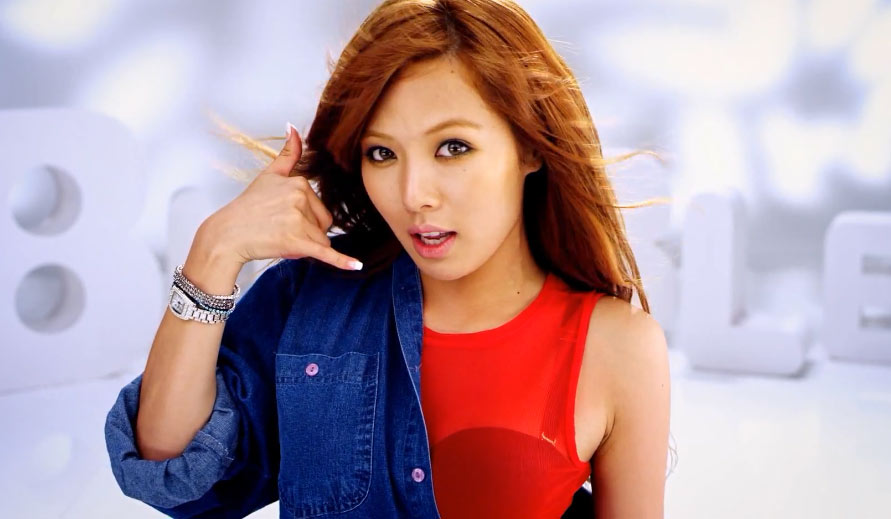 Hyuna (Real Name: Kim Hyun-a, born June 6, 1992) is a South Korean idol, singer, and a member of the girl group 4Minute. She is also a former member of the popular girl group Wonder Girls. Hyuna was also ranked 17th on Billboard’s 2011 ’21 Under 21?, showcasing the staff’s top picks for the world’s hottest underage stars.

Hyuna is one of our favorite girls in 2011 mostly due to her uberfamous Bubble Pop mini album video. As part of the group 4Minute, Hyuna has already visited the Philippines with their debut single “Hot Issue” generating quite a following among Pinoys. Hopefully, Hyuna finds time to visit the Philippines and her Pinoys fans again.