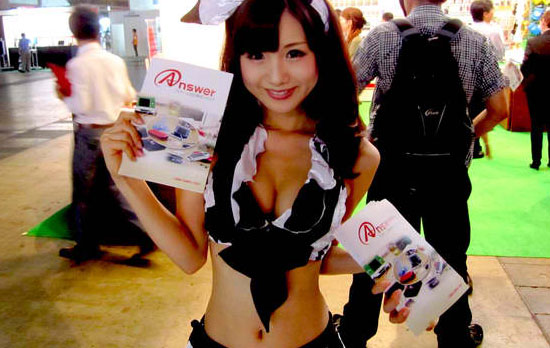 At the 2011 Tokyo Game Show, Booth babes are called “Booth companions”. They help you with games. They pass out fliers. They smile and pose for pictures. Everything booth babes usually do, except with the new name.

Every booth has a handful of booth companions on hand, with many of them posing for awesome pictures. Check out the babes from TGS 2011 below: