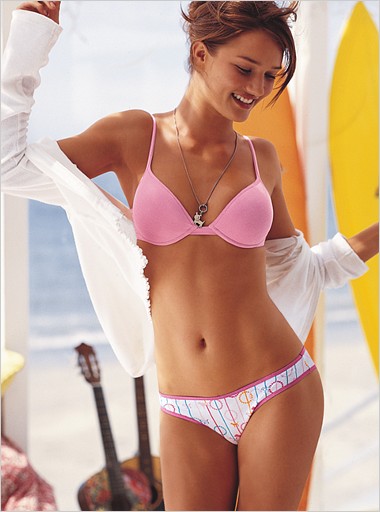 Rosie Alice Huntington-Whiteley is a British model and actress, born 18 April 1987, who best known for modelling for Victoria’s Secret and for replacing Megan Fox as the lead female character in the upcoming film Transformers: Dark of the Moon, the 3rd part of the Transformers movie series.

In May 2010, it was announced that Huntington-Whiteley would be replacing Megan Fox as the female lead in Transformers: Dark of the Moon, set for release on 1 July 2011. She had previously worked with the film’s director, Michael Bay, on a Victoria’s Secret commercial. MTV Networks’ NextMovie.com named her one of the ‘Breakout Stars to Watch for in 2011’. Prior to the film’s release, she won the “Female Star of Tomorrow” award at the 2011 CinemaCon Awards.

Will she win over fans of the first two Transformers movies as Megan Fox did?