Kristel Moreno on FHM Philippines April 2010 Cover. Wow, she’s really pretty with big beautiful eyes that just suck you in. Kristel is the niece of 80’s star Alma Moreno so that tells you she has beauty in her genes . According to FHM Philippines, she also loves to dance. Kristel Moreno also stars in an indie movie titled Pitas, together with fellow FHM cover babe, Francine Prieto. I dont know about you but i’ll be looking that movie asap. 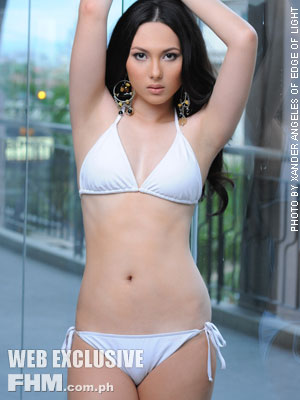 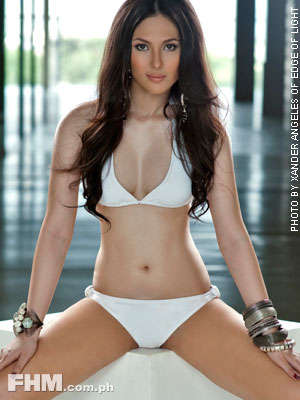