Black Box, a studio of Electronic Arts Inc. today announced Need for Speed™ Undercover, the intense action racing title scheduled for release this holiday. The new game will feature the pretty Maggie Q, as the lead character in the big-budget live-action sequences that propel the original story forward as players get behind the wheel. EA’s Need for Speed Undercover is going back to it’s roots and re-introduces break-neck cop chases, the world’s hottest cars and spectacular highway battles.

I think that basically means NFS: Prostreet sucked. Here’s MAggie Q from a PETA ad for those who dont know her: 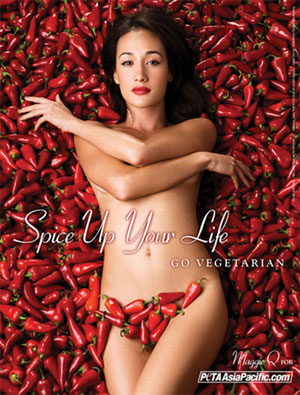 “Need for Speed Undercover features a deep and engaging story of spectacular Hollywood-style live-action that will transport players into the fictional world of the Tri-City Bay Area,” said Bill Harrison, Need for Speed Undercover Executive Producer. “Working with talent the caliber of Maggie Q allows us to deliver an unparalleled level of storytelling that will keep players engaged in between 180-mile an hour races.”

Maggie Q, who has starred in Mission Impossible III and Live Free or Die Hard, plays Federal Agent Chase Linh, a seductive handler who recruits and guides players as they go undercover. Players will take on dangerous jobs and compete in races in order to infiltrate and takedown a ruthless international crime syndicate.

1 thought on “Maggie Q in Need for Speed Undercover”