Thank Harold and Kumar for this babe entry. Danneel Harris is simply pretty to look at.

Danneel Harris is an American actress, best known for her role on the TV show One Tree Hill. In 2005, Harris scored a recurring role on the hit TV show One Tree Hill, playing the fiery redhead Rachel Gatina, a thorn in many of the character’s sides. She went on to become an integral part of the show, featuring in the main credits of the fourth season.

As of 2007, Harris lives in Wilmington, North Carolina 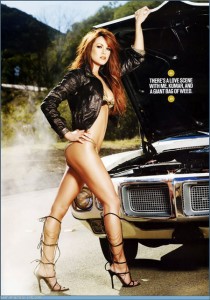