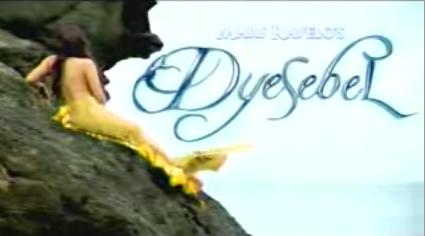 On February 24, 2008, GMA Network’s big bosses officially announced that Marian Rivera will be cast as Dyesebel and Dingdong Dantes will be his leading man Fredo. This is a follow-up project for the tandem’s highly successful MariMar.

Many actresses were considered and rumoured for the highly coveted “Dyesebel” role. Before GMA Network bought the rights, rumors afloat that Anne Curtis will do this. Angel Locsin’s name was briefly attached, but her revelation to move networks took a toll.

Initially, the names of Rhian Ramos, Nadine Samonte and Marian Rivera were the top contenders for the role. Jennylyn Mercado and Katrina Halili were heavily considered for the role; Jennylyn’s pregnancy issue removed her name from the list, while Katrina expressed no interest on playing the lead role.[8]

It was revealed that the role was initially given to Rhian Ramos but because of negative issues hounding her, the management changed their decision and handed the role over to Marian Rivera. Mark Anthony Fernandez was one of the top contenders to play Fredo but Dantes was the management’s final choice.

33 thoughts on “Marian Rivera as Dyesebel”